When you engage with one of our financial consultants, you not only enlist their individual expertise, you also employ the collective experience of the whole team. That's more than 25 years of combined experience in lending. The Financiers Group places high value on team collaboration and quality mentorship. This is one of the many aspects that sets us apart. Meet your team. 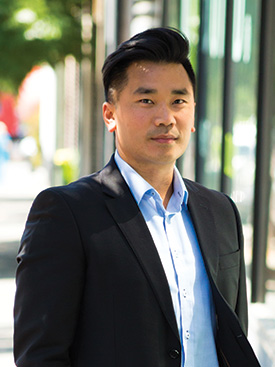 Starting his career in the banking and finance industry in 2006 with the CBA, Chris moved up to lending less than one year later. He further developed and gained knowledge as a Manager in Personal Lending and in 2012 became a Relationship Manager for the bank. Eager to break out on his own, Chris became an independent mortgage broker in 2014 and in 2015 ventured into creating The Financiers Group with his business partner.

Chris is very knowledgeable in all facets of mortgage broking but his specialty lies in the Relationship Management approach he takes with his clients. He always endeavours to put his clients on the best financial footing, and will always take the time and effort to ensure his clients are advantaged not only until the loan is complete, but as the industry evolves.

Starting a business is a big feat, but to juggle it with mentoring and managing people as well as taking care of your own clients, is certainly monumental. This is the context in where Chris was named an MPA Young Gun in 2016 and finished the year with being a finalist for the Australian Mortgage Awards Quality Young Gun of the Year. In early 2017, Chris was once again nominated a finalist, this time in The Adviser Better Business Awards Rising Star and Best New Comer categories.

Chris holds a Bachelor of Information Systems from the University of Melbourne and a Diploma of Financial Mortgage Broking Management. Along with his experience and qualifications, he is also a sought-after mentor in mortgage broking and along with his business partner, closely mentor the other brokers in The Financiers Group.

When he finds spare time from his busy schedule, Chris enjoys spending it with his young family and catching up with friends. 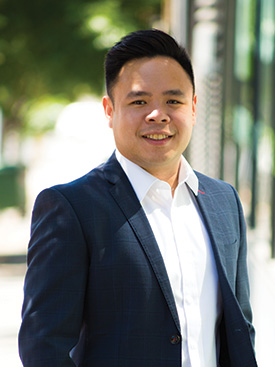 Joe started in the finance industry with the Commonwealth Bank of Australia. Having excelled in a Customer Service role, Joe's main strength was lending which saw him moving up the ranks into a Relationship Manager role within Premier Banking. In a bold step forward, Joe parted ways with the bank in 2015 and started The Financiers Group with his business partner, Chris.

Specialising in complex structure loans and self-employed clients, many of Joe's clients return because of his professionalism, knowledge and passion to not only meet their goals but set them up with a solid foundation for the long term.

In just his first full year as an independent broker, Joe achieved much success in qualifying for the Choice Platinum Conference held in Hong Kong in 2016. Regarded as an outstanding performer by his peers, Joe followed this with being named as one of MPA's Young Guns of 2017.

Joe holds a Diploma and Certificate IV in Mortgage Lending and is one of the mentors at The Financiers Group, imparting industry experience and knowledge to the other brokers in the firm.

Outside of the office, Joe is a doting father and an avid basketball player. He also recently did his first sky-dive and survived. 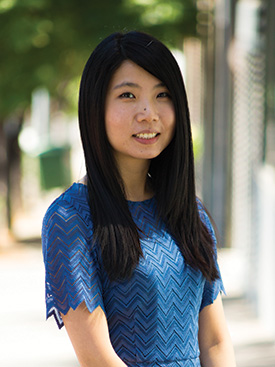 With three years of exposure and experience in the property sector, Amy joined The Financiers Group in 2015 and has since become an invaluable member, living and working the values of the team.

Amy has extensive experience in all facets of mortgage broking and strives to achieve exceptional client service by finding a tailored financial solution suitable for her clients' needs and to help them achieve their goals of owning property.

Growing from strength to strength, Amy had a very successful first year and made a significant contribution to The Financiers Group reaching Platinum status. Amy quickly established herself as one of the industry's elites and became one of MPA's Young Guns the following year. A testament to her drive and passion to bring her clients quality solutions for their ambitions.

Holding a Bachelor of Business degree in Banking and Finance and a Master of Business Law, topped with a Diploma of Finance and Mortgage Broking Management, Amy is well learned. But never one to be satisfied, she is always seeking to learn the industry well beyond the books.

Amy values her family and friends very much and enjoys spending her spare time with them when possible. Her interests outside of property include dance and travelling and she has extensively toured South East Asia. 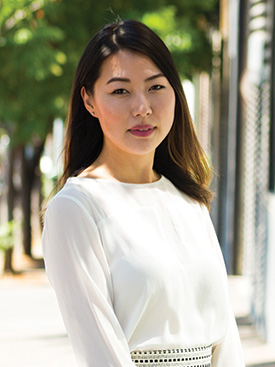 Straight out of University, Jenny joined CBA and quickly moved into Commonwealth Private Banking to look after the bank's elite high-net-worth clients. Managing several portfolios and providing holistic banking solutions for her clients, Jenny's experience of more than eight years in the industry is an invaluable asset which she brings to The Financiers Group.

Jenny specialises in commercial, development, and consumer lending, thanks to her extensive experience at the bank. Her portfolio management roles have given her the skills to analyse and tailor solutions to her client's financial goals and needs. She strives to deliver outstanding service, professionalism and expert guidance from introduction to settlement and beyond with the aim to create and maintain a trusting and long-term relationship with every client. It's no wonder then, that with these qualities she had achieved Silver Lender status at the CBA.

Jenny holds several qualifications including a Bachelor of Commerce (Accounting & Finance) with a minor in Korean Translation. She also holds a Diploma of Financial Planning and is RG146 compliant. Recently, Jenny has also acquired her Diploma of Finance and Mortgage Broking.

In her spare time, Jenny enjoys travelling and reading. Her interests include fine art, music and food & wine. 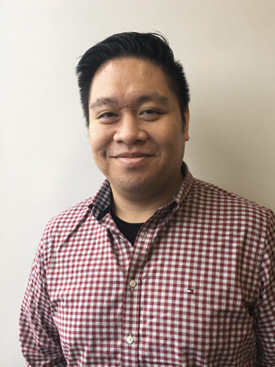 Mark joined the team at The Financiers Group in January of 2017. Having been contracted to do the company's loan processing the previous year, Mark has slotted in well to fill the need as a full-time employee. With experience in loan processing from submission to settlement and everything in between, Mark is an integral part of the company's operations.

Outside of the office, Mark enjoys a good brew of coffee, the latest episodes of the best new shows on TV and brunch. 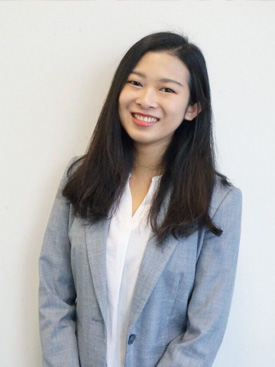 Kate has recently joined The Financiers Group in an Administrative role. With qualifications in accounting, Kate brings much skill in the ever-expanding business of the company. She has interned for several financial institutions during her studies (both undergraduate and post-graduate). Kate is one of the first points of contact for clients and is also tasked with the processing of loan applications from submission all the way to settlement.

Kate is a native speaker of both Cantonese and Mandarin and in her spare time, is very much into fitness. She lists some of her hobbies as yoga, swimming and outdoor activities.